It’s not hard to love such a beautiful city like Chicago in fall.  The leaves are changing and the weather is cooling. Not everyone gets to stay cozy warm, however.  The Chicago Coalition for the Homeless estimates there was about 138,575 Chicagoans who were homeless in August of this year. It can be overwhelming to figure out how we can best help people who are in need. One way, however, is very simple! Stretch your legs and run to provide meals to people who are hungry.  Join Kate as she tests her speed at the RUN10, FEED10 race on October 19th, 2014. 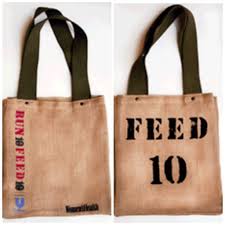 Women’s Health and FEED are partnering for the RUN10 FEED10 10K race series to motivate consumers nationwide to help fight domestic hunger. RUN10 FEED10 has raised over 2.5 million meals to support the cause, and in 2014 the bar is set even higher. The concept behind RUN10 FEED10 is simple: run a 10K and feed 10 hungry people in your community. Timed 10K races will take place in New York, Chicago and San Francisco. Those living in Boston, Los Angeles, Denver, Phoenix, Atlanta, Houston, Minneapolis, and Washington D.C. can participate in one of the Women’s Health “Fun Runs,” and if runners don’t live in one of the RUN10 FEED10 host cities, they can still participate by registering at RUN10FEED10.com to run a 10K in their hometown.

The series kicked off in New York City on September 21, 2014 with thousands of participants running down the West Side Highway for the timed race ending at Pier 84 at Hudson River Park. In the Chi, we will jaunt down Belmont harbor along our gorgeous lakefront and be greeted at the end with a post-race wellness festival. This post race celebration will feature yoga sessions, nutrition, beauty consultations and great giveaways from sponsors.

Feeling intimidated?  Kate has only run 2 5Ks before so she googled to figure out if she could make it through the entire race without yelling uncle and lying down on the pavement.  Self.com has an awesome 4 week training plan to get your booty in gear or you can sign up for training plans with Women’s Health and Run10 Feed10.  Doing a 10k will also flex those glute muscles and burn an odd 600+ calories (about 9 snack size Halloween packs of M&Ms, yup!). Good prep to don that sexy Pumpkin Spice Latte costume (or sexy wizard or sexy sexy…whatevs your wearing).

Not ready to run? You can still help by donating or even shopping at popular retailers like Nike and Gap from the comfort of your sexy couch.

Ready to join Kate and register or share your cash?

One thought on “#RUN10FEED10: Help End Hunger AND Shape Your Booty”