Here’s Part 2 of delicious side dishes from my cooking adventure, French Onion Soup and Mushroom Gravy taught at Whole Foods Market Cooking School in Lincoln Park.  Thanks to Google+ Local Chicago for hosting this culinary experience!

When you see the food pics below, you’ll know why the whole class was clamoring to get a close view of the finished product. 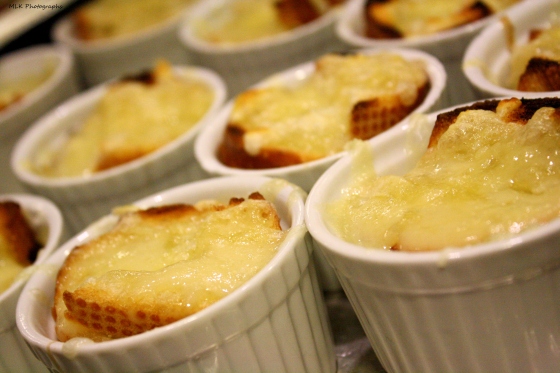 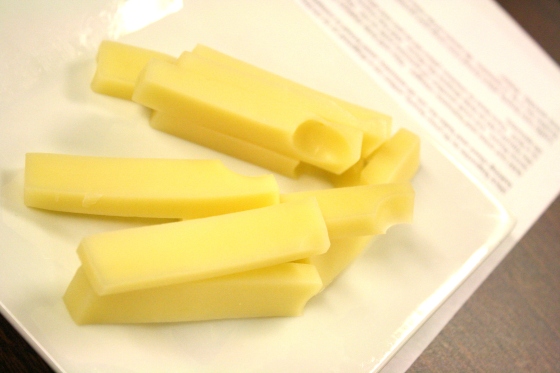 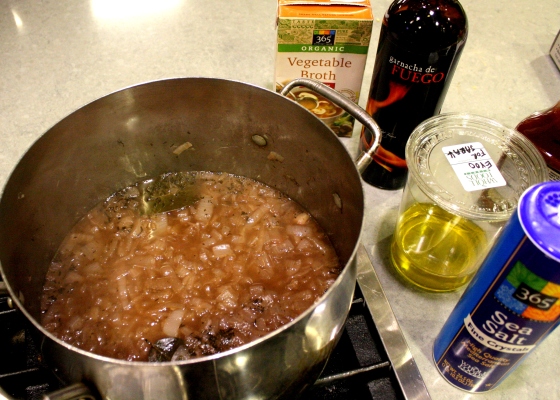 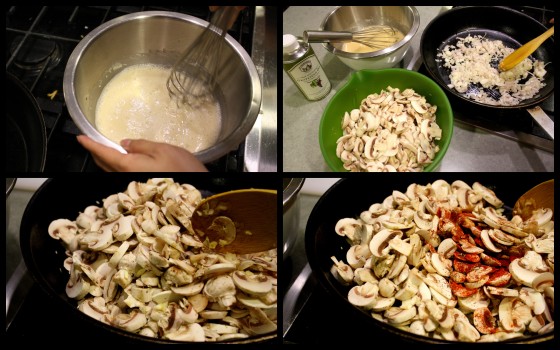 So this is my first experience with mushroom gravy as a born vegetarian!  Use on whatever dish you want….cover your greens, your mashed potatoes or slather it on the Whole Foods “meat” loaf recipe from part 1.

Craving more variety for your veggie-giving?  Check out the following veg/vegan recipes as a Thanksgiving side dish or fall treat and have a healthy happy holiday tomorrow!

Our constant gratitude attitude must be working this holiday season.  We got a karmic invite recently from Rockit PR goddess, Kara Callera, to chow-wow down at Billy Dec’s most recent restaurant installment, ¡AY CHIWOWA! (throwing out a couple more thanks, universe!).

Highlight Reel:  AY CHIWOWA is at the tip of River North on Orleans and Chicago (worth noting as there is secret free parking in the area if you are willing to stretch those Chicago winter legs for a block or two).  Perfect spot for: After work drinks and apps with coworkers (lots of specials for those of us on a “paying back college loans” budget), partying on the weekend with your lady friends (VIP service and private room space in the back of the spot) or an upbeat date with someone who likes it loud.  AY CHIWOWA is also known for their immense selection of tequilas and creative cocktails, such as the spicy Acai Jalapeno Margarita, so call an Uber or a pink mustached Lyft in honor of Movember if you wanna get down.

As cold as it was outside the night of our visit, we received a warm welcome from staff and like a T.I. rap song, we were invited to have whatever we liiiiiked.  The music was bumping with throw back jams like “Snoop Doggy Dog” and an ugly sweater train of patrons danced past us as we settled ourselves at our cozy table.  As Jill, our bubbly and attentive server, brought out a bevy of items, the dudes next to us probably thought we were trying to add some extra padding for the long winter.

Here’s the good, the amazing and the meh OK of AY CHIWOWA battling it out for best thing in our bellies. 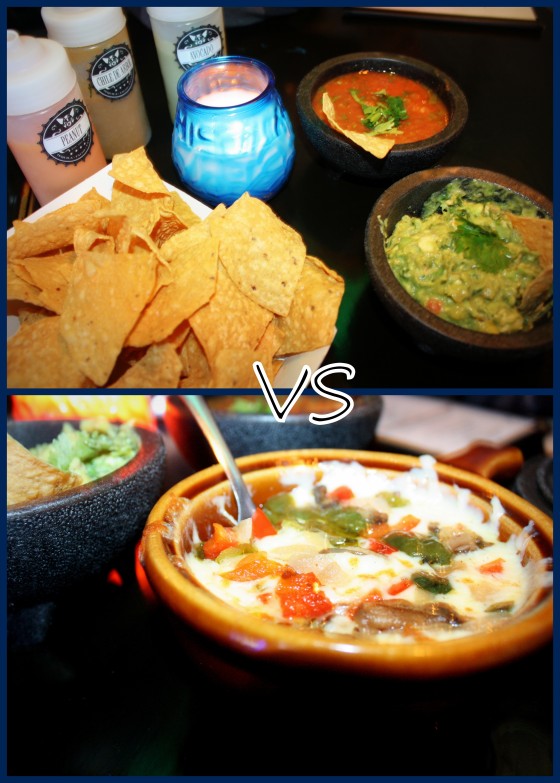 Winner?  Tie.  If we were on a deserted island and only had one food to live on, we would be praying some avocados would be drop from the sky.  The queso fundido, however, was a surprise plus with its flavorful veggie additions.

Winner: Somehow queso fundido jumped in the cage match and beat up both veggie quesadilla and veggie tacos.  All three featured the similar sauteed peppers and onions leaving the veggie variety a little lacking.  Maybe throw some black bean tacos on the menu to entice the veg/vegan crowd? 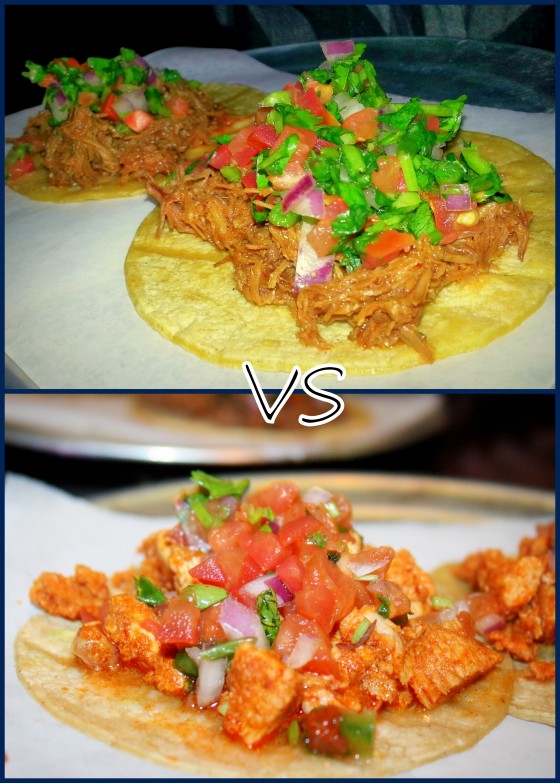 Winner: Barbacoa!!!  The short rib meat was so juicy and tasty that no toppings were actually needed.  The bright watercress salad on top of the taco zeroed in on the melt in your mouth texture of the taco.  The chicken came in second with a solid Adobo spice and pleasing texture.

Our coup d’etat and game changers, though, were two sugar dusted churros, with a perfect balance of soft fluffy insides and crunchy outsides, accompanied by an addictive hot cajeta sauce.  When we think of churros, usually its those stale carnival ones, not very thrilling to cupcake connoisseurs, but “someone” enjoyed them so much a bite of churro “mysteriously” ended up in her mouth…and then the stare down began.

¡AY CHIWOWA!  Thanks again for hosting us!!

Are you reaaaaaady…to learn how to make delicious vegetarian and vegan dishes just in time for Thanksgiving?  Are you prepared to make plant based entrées fit for even the most carnivorous foodie?  You won’t even miss the meat!

On my beauteous bday, I attended Whole Foods Market Cooking School in Lincoln Park to learn about preparing meatless meals thanks to Google+ Local Chicago. 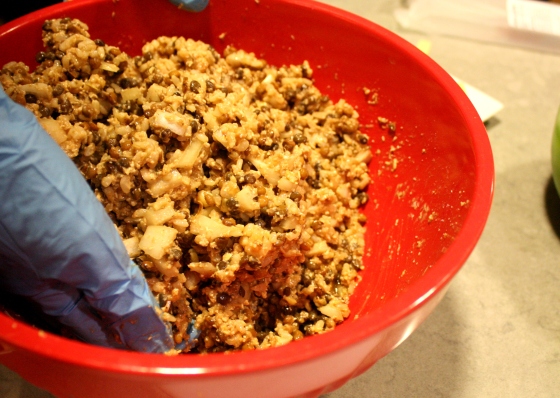 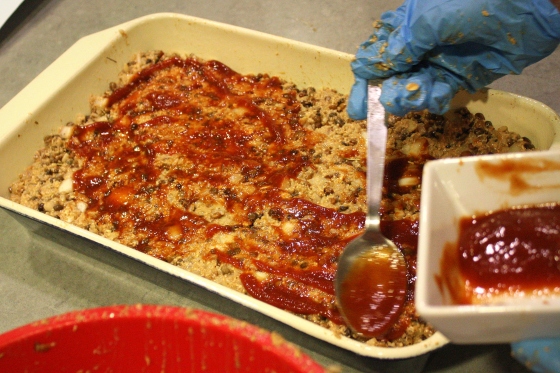 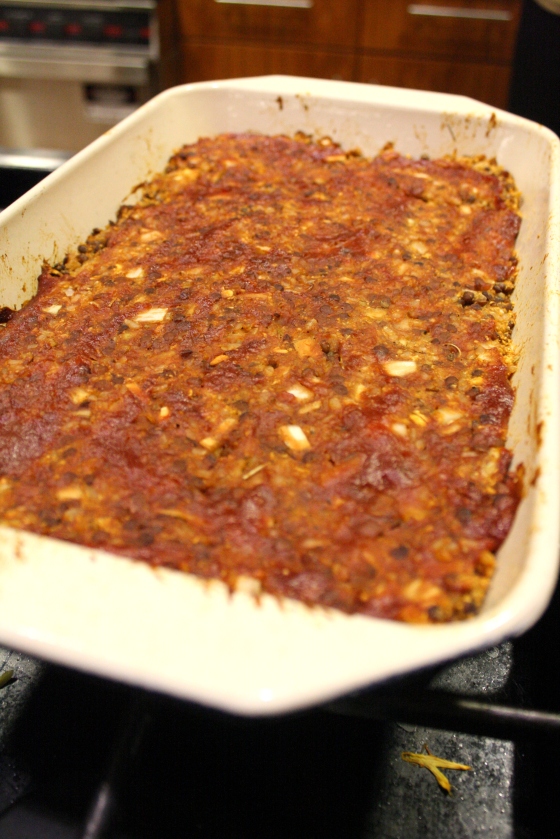 Kate has been bugging me to demonstrate my new culinary skills for the holiday.  She may have to wait for Part 2, French Onion Soup and Mushroom Gravy, coming soon!  Don’t drool like her while you’re waiting. 😉

What you see is real, not like unicorns, ligers, or bears…wait, bears are real.

Remember at 4 am when you woke up in a cold sweat craving a red velvet shot in the arm?  Yeah, us neither.  However, we sure have wanted a cupcake at 10:30pm after a jaunt to concerts in Millennium Park.  And wouldn’t you know it, cupcake ATMs draw celebrities in too.  Gary Sinise, of Forrest Gump and CSI fame, walked by us last time.  He didn’t stop for a cupcake but that’s probably because the line was off le chain, as the French say.  In retrospect though, the Key Lime, Chai Tea and Red Velvet cupcakes made it worth the agonizing wait.  You shoulda stayed, Gary!

You can find this beauty 24 hours a day at 50 East Walton. 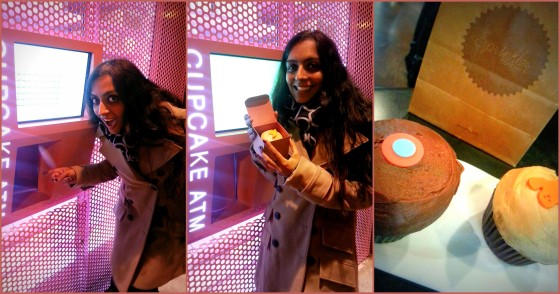 Chicago knows how to showcase Halloween.  From horror movie marathons at the Music Box theater to elaborate Eyes Wide Shut style masquerades, there is something to put a scare into everyone.  This year, we decided to make the abnormal leap into 2 different Dia De Los Muertos events in the Chi.

Quick Skele-view: Traditionally, Dia De Los Muertos, or day of the dead, is a two day remembrance in Mexican culture where people honor their lost loved ones.  People make shrines decorated with photos of those lost, sugar skulls and other items linked to their loved one.

We split up to hunt down two different Day of the Dead events.

Kate: Monica wasn’t available for the Google+ Local Day of the Dead event so I wrangled two brave friends, Melissa and Karla, to come with me.  It was a thriller to see Dia De Los Tamales with a huge spread of food for us.  Our fave vegan black bean tamales were haunting the table as well as asparagus taquitos, fresh guac, and three types of salsas (red, green and black bean & corn).  My meat eating pals were treated too, not with brains, but pollo and pork tamales.

After feasting, we sneaked through the Day of the Dead exhibit.  There is a diverse array of art mediums, including full shrines, wood burnings, statues and prints.  No pics are allowed in the exhibit but here is Skeleton Elvis leering outside.  He’s a hunk o burning bones. 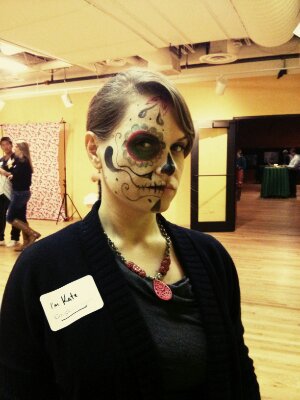 My substitute camera woman, Karla, conquered her nightmares and took a picture of my feared glare.

The monster mash of the event was getting my caterina makeup done.  All 3 makeup artists created detailed sugar skull looks for guests.  For dyi ghosts, YouTube tutorials are available for La Catrina as well, if you daaaare!

Monica: At the IMSS, I learned that there has been enormous changes in surgical science.  If they had not occurred, we would not be where we are in terms of technology and surgical combined. 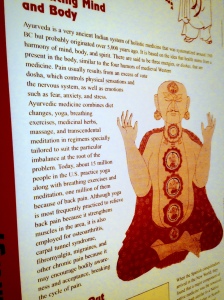 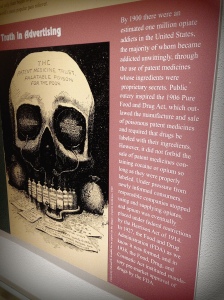 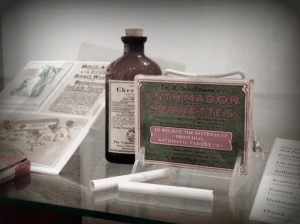